Are these Scottish Characters Fake? 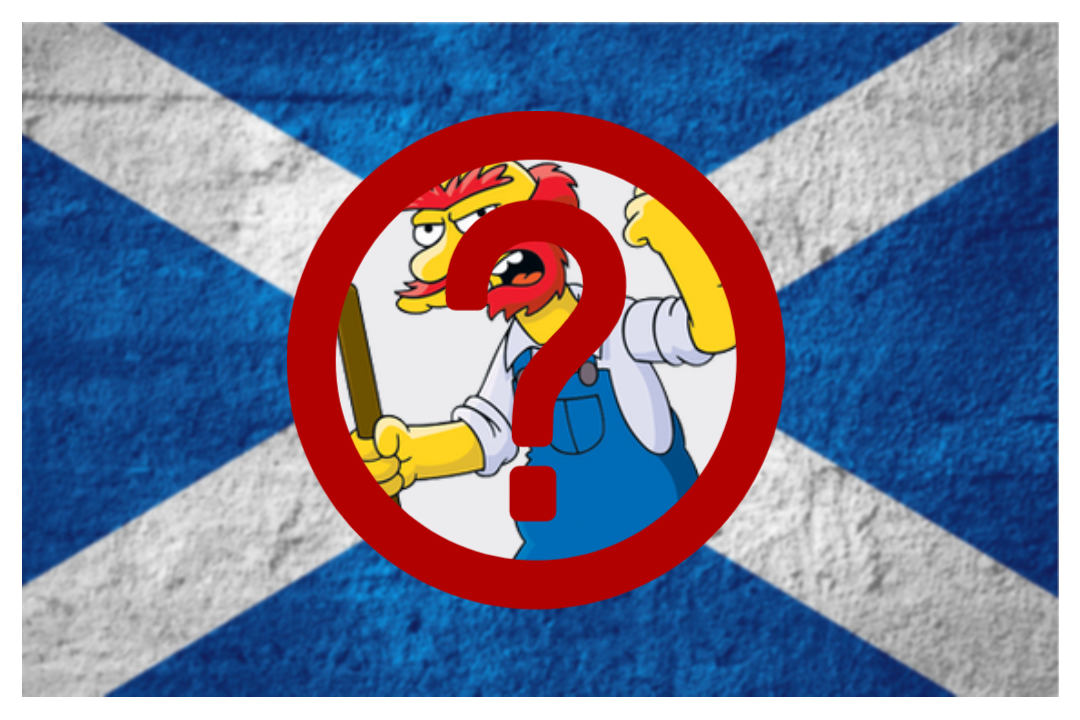 Scottish characters are often more of a novelty than genuinely from Scotland. While many Scots look at these representations as fun caricatures, constructed from various stereotypes of a Scottish person, just how authentic are these characters?

When we checked out Disney’s Brave last time, we saw the immense efforts that Disney went through to slot the film into Scottish culture, rather than simply using it as a method for window dressing on their latest animation. The movie succeeds and fails across various avenues, but the effort is there – which has brought us to check out other elements of Scottish culture across animation and gaming. 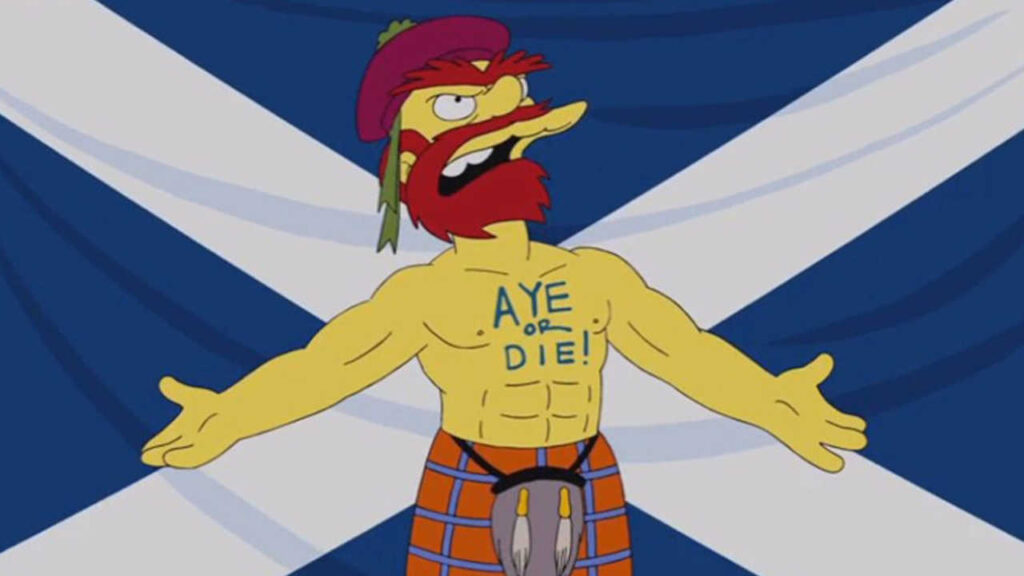 Ah, Groundskeeper Willie. There are few outwardly Scottish characters with the same profile as the famous caretaker from The Simpsons animated TV show. While Willie loves to tout his overtly Scottish accent and culture; often seen in kilts, with bagpipes, and going on about Haggis, just how much of this is authentic? Well, as it turns out, not a lot.

Dan Castellaneta provides the signature voice for Groundskeeper Willie – William Macdougal – which throws off any question regarding the legitimacy of this representation. Dan Castellaneta doesn’t originate from Scotland; he is in fact of Italian descent instead. As a voice actor, Castellaneta is one of The Simpsons’ mainstays, he lends his performance to a variety of different characters across the show.

Conversely, it could be said that Groundskeeper Willie’s over-the-top Scottishness is the point in the character. After all, The Simpsons is a show about stereotypes, icons of exaggeration thrown into the melting pot of Springfield, creating chaos – so perhaps an outsider could better tap into the character’s ridiculousness and crank it up to eleven. Although, it would be nice if they could figure out where in Scotland he is from…

However, the character of Apu was previously played by Hank Azaria for three decades until it was decided that it was an offensive stereotype and rectified this. While not identical and devoid of racial issues, the interpretation of Willie does share some similarities. Which does place the acceptability the caricature up for debate. 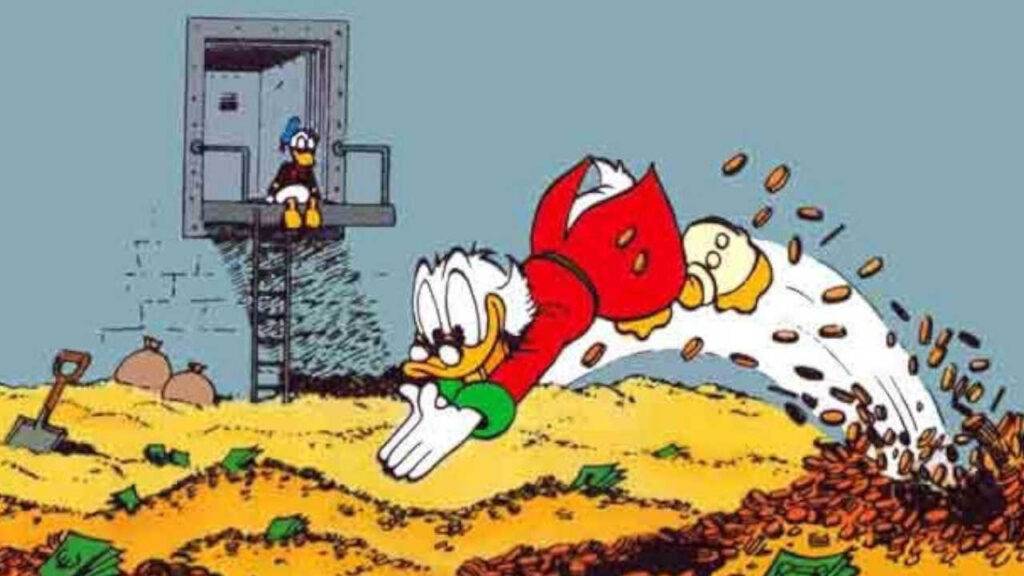 Scrooge McDuck is a classic and beloved Disney figure hailing from Scotland, a notoriously rich duck who just loves money. He has a vault of gold that he bathes in, its awesomely decadent. Absolute overkill. So, let’s peel back the layers here.

Throughout the majority of the character’s run, he has been voiced by Alan Young, a voice actor who earned his stripes that define many people’s childhoods with Ducktales. However, he does not have any clear Scottish heritage that he draws from to provide an accent for Scrooge McDuck. The character does not necessarily revel in exaggerated Scottishness, he really just has an accent – so Scrooge isn’t a caricature exactly, but the accent is far from legitimate.

In recent years, the mantle of Scrooge McDuck has been carried by famed actor David Tennant, of Doctor Who fame. Tennant does have a Scottish lineage, growing up in Bathgate, West Lothian. So his tenure as the character can be seen as a step toward a more authentically Scrooge McDuck.

Rainbow 6: Siege has playable characters – Operators – from all corners of the world. The game features a wildly diverse collection of Operators and continues to add to this with regular updates, they even have a Scottish Operator to play as… Or do they…?

Sledge is from “the far north of Scotland” and has a history in Rugby, the British Army, and the SAS (ostensibly British things) and joined the Rainbow Six team as the muscle. He wields a massive sledgehammer (his namesake) which he uses to breach walls, all while screaming lines and orders in a Scottish accent.

But this accent is far from genuine. Ryan Nicolls is the voice actor for Seamus “Sledge” Cowden, an actor who was born in California. He is a talented voice actor and picked up the ability to perform a fairly grounded, convincing Scottish accent, however that does place the character in the “not truly Scottish” category.

Sledge isn’t in the same camp of absolute parody that Willie is, but he does wrap a piece of tartan around his hammer, and his elite skin does come with a kilt. As Scotland’s main representation in the game, it is a shame that Ubisoft only picked up the style of Scotland, rather than the incredible Scottish voice actors that come with it. 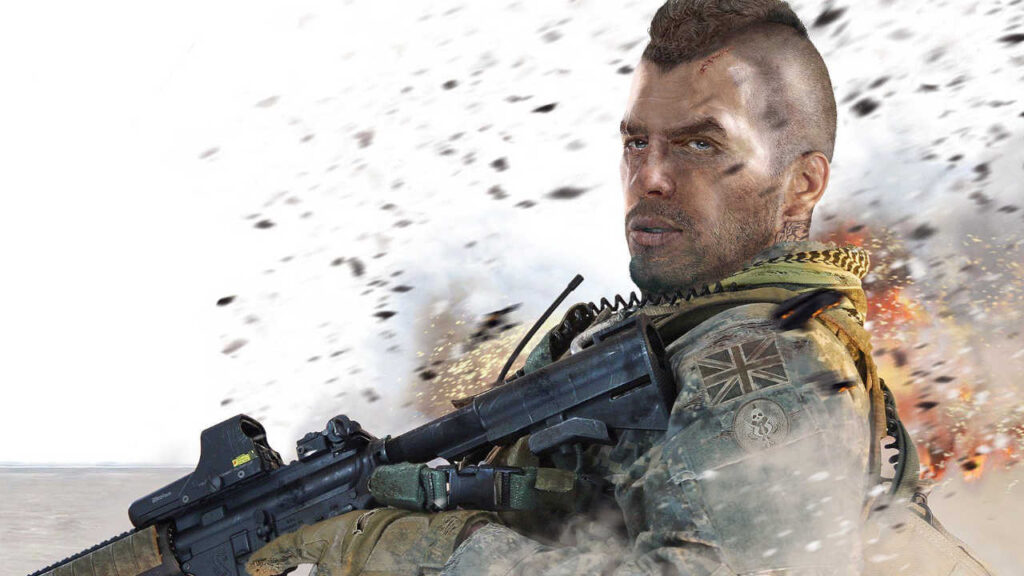 One of the main protagonists of Infinity Ward’s Call of Duty: Modern Warfare trilogy, John “Soap” MacTavish is a fan favourite originating from Scotland. As a soldier, Soap started as a new guy in the first game and since has been involved in a wide range of missions, each of them taking him to wildly challenging encounters.

Soap is one of the main playable characters in the Modern Warfare series, which is unusual for a Scottish character – he is also played by voice actor Kevin McKidd – a bonafide Scotsman! Growing up in Elgin, Moray – McKidd has appeared in the classic Danny Boyle film, Trainspotting.

Soap’s Scottish heritage is never played up for laughs or exaggeration, he is just a competent soldier who just so happened to be born in Scotland. This is an ideal interpretation of representation, as it does not define the character in any way.

So, there we have it, it is interesting to see that some characters who are considered to be patently Scottish are anything but, often using the exaggerated Scottish persona to become a parody of a representation. There is room for silliness of course, but it would be nice if American projects would tap into the outstanding Scottish talent that is out there to voice these characters more often.