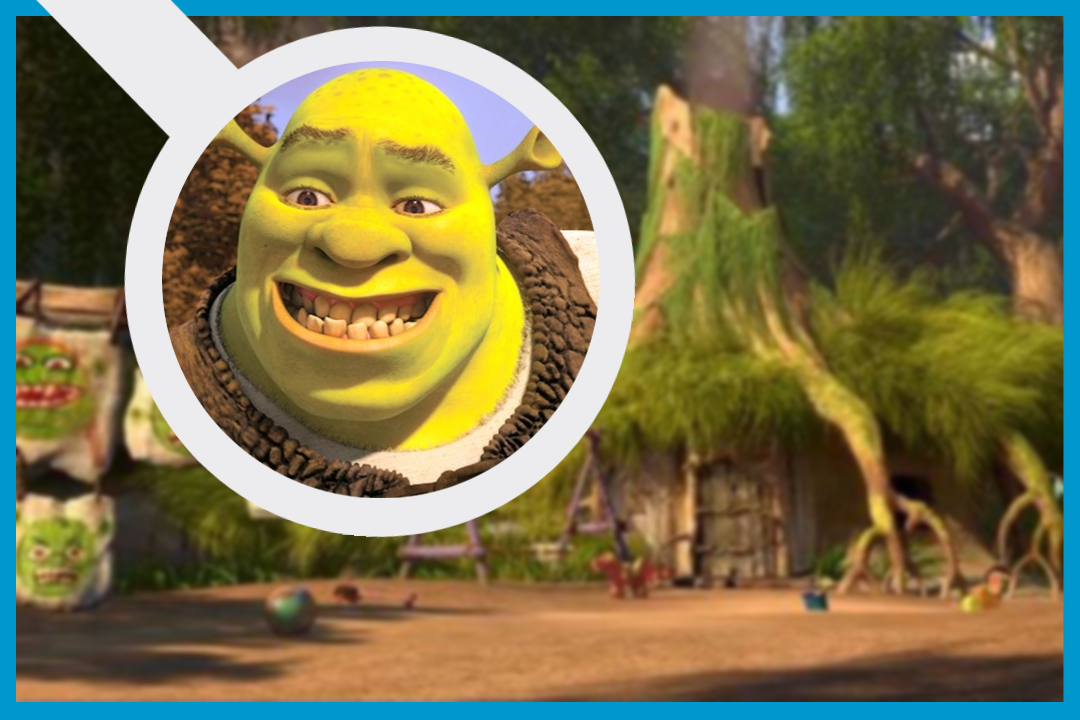 If Shrek is set in a land far, far away, then why is Shrek Scottish?

Released in 2001, Shrek is a DreamWorks computer-animated fantasy film. The franchise has been commercially successful globally with three sequels, a spin-off, TV series, and two television specials. The fifth instalment was expected in 2019 but has been pushed back to a late 2022 release.

Shrek, the character himself, is a swamp-dwelling ogre whose home has been invaded by quirky but annoying fairytale characters. To get rid of them, he must save Princess Fiona from the dragon guarding her castle so the pompous Lord Farquaad can marry her. What he didn’t expect was to fall for her himself. Fortunately, Fiona’s curse was a blessing as she appeared as an ogre herself, making the two perfect for each other – living happily ever after.

Mike Myers made the interesting decision to represent this comical fictional character with an overly, yet inauthentic, Scottish accent, but why?

Why is Shrek Scottish?

It’s hard to imagine Shrek without a Scottish accent. Most people would agree that this choice made sense, but it was a long and costly road to reach this decision.

The original actor set to bring this layered ogre to life was SNL’s Chris Farley, who was born in Wisconsin, USA. He had recorded most of Shrek’s lines in a light New York accent before his unfortunate death mid-production. Myers took over the role and re-recorded all of Shrek’s lines in his native Canadian accent. Myers then changed his mind, realising that if the villain Lord Farquaad was posh and English, then Shrek the hero should be working-class and Scottish. To serve as the antithesis of everything the villain represents.

This decision proved problematic for DreamWorks, who had already sunk costs into recording Shrek’s lines twice. Ultimately DreamWorks approved Myers’ choice to go Scottish due to the accent being perceived as funnier by American audiences, and this meant not only another re-record but re-animating every scene that included the titular character.

$4 – $5 million later, the newly Scottish Shrek was fully realised, and today it’s impossible to imagine him any other way. Spielberg, an uncredited executive producer for the film, even wrote to Myers to thank him for caring about the character and that giving him a Scottish accent was the right call – But just how Scottish is Shrek?

Is Shrek Scottish or Scottish-ish?

Although he’s got a generally Scottish accent, good or not, he’s missing any national identity. Shrek isn’t from Scotland, doesn’t live here, and Scotland probably doesn’t even exist in this fantasy world.

There are some real-world ties to Shrek’s Scottishness, but authentic they are not. After the film’s commercial success, Scotland’s tourism board VisitScotland created an official tartan for the character to explore his potential Scottish heritage and convince viewers to visit the country. Unfortunately, we locals saw this to be a cheap stunt. It certainly didn’t convince us that Shrek is one of our people, and the film itself doesn’t sell Scotland anyway. The relationship between a Scottish person and Shrek is simple. In agreeance with DreamWorks, his accent does make the character funnier, and Scots won’t disagree with this because let’s face it – We’re funny. It’s enjoyable to hear a Scottish accent in a big blockbuster movie. Unlike Braveheart, Outlaw King or Disney’s Brave, no Scot watching Shrek is looking for accuracy or cultural representation. We accept his accent, but we don’t need to accept his identity.

Whilst not a native, Shrek does represent some Scottish qualities/ cliched stereotypes that are debatably accurate and even appreciated by the Scottish people. He has a quick wit, surrounds himself with nature, and can have a fiery temper. This does loosely describe Scottish people and Shrek might even fit in here, but it doesn’t mean I or any other Scottish person needs to claim him as nationally Scottish. He is unarguably an Americanised image of Scottishness in direct contention to Farquaad’s Englishness, as was the intention with his accent, but Shrek having any Scottish heritage is a bit of a stretch.

What else is Scottish in Shrek?

As it turns out, not much. Shrek was made in America by an American company and featured mainly American talent. On top of this, the film was directed by a Kiwi, so Shrek’s accent essentially stands alone as the only Scottish or relatively Scottish inclusion.

However, the iconic soundtrack includes the Proclaimers, who are an authentic Scottish band. Still, they are also a cultural code, only cropping up when media want to suggest that something has ties to Scotland.

So, is Shrek Scottish? The answer is no. Shrek is a Scottish-like portrayal of a non-Scottish character in a world where Scotland doesn’t exist. Shrek’s accent is simply a not-so-subtle way to suggest who the character is, connecting him to the stereotypes that the globe relates to our country whilst forcing the audience to compare him to the English-like villain directly.