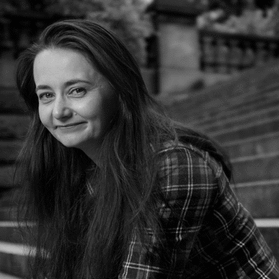 An established Scottish actor and has been featured in an impressive array of short films including Stramash, Goldfish, Twelve, and Monarch of the Glen – all filmed in Scotland, UK.

She has a light Glasgow accent, and her delivery style is conversational and easily relateable, making her an excellent choice for documentary, e-Learning and education projects.

Some may know her better as ‘Officer Karen’ in the hilarious BBC series Scot Squad, watch this clip!