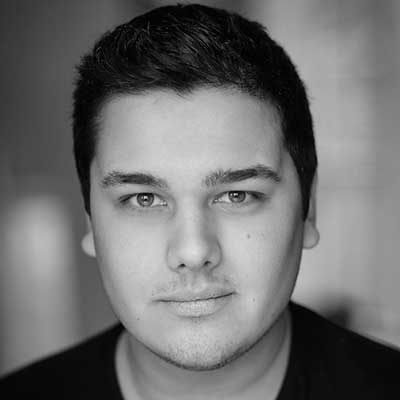 He has a young, energetic but also genuine voice, soothing to the ear with a hint of wisdom.

He trained at the Academy of Live & Recorded Arts (ALRA) in South London and at the American Conservatory Theatre in San Francisco. Having trained in London and born to English parents, is RP is flawless, despite being born and raised in Glasgow.  He is also due to appear in Red Productions Trust Me 2 due to air on BBC 1 in March.”